Nothing holds a candle to God’s wrath, particularly, if it’s the God of Thunder, Thor himself and all the Gods of Asgard. Loki has always been mischievous, and the Gods were fed up with his shenanigans. Thor had Loki by his throat and threatened to break all his bones once a day, every day.

This time, Loki cut short Thor’s wife, Sif’s hair in her sleep as a prank. Loki tried his best to wiggle out of the trouble. Thor could have broken Loki’s bones, until he promised Thor to replace his wife’s hair with better hair than before. Hair made of pure gold. This made Thor calm down and let Loki go and threatened him that if he doesn’t fulfill his promise, he would surely break Loki’s bones. Loki promised to keep his word, but he couldn’t make his way out of his shenanigans. He went down to the home of dwarves, Svartalfheim. The dwarves have a knack for producing anything in a supreme quality like Viking jewelry.

This prankster commissioned two dwarves, the sons of Ivaldi to make a golden mane of hair for Thor’s wife, Sif. But at the same time, he also lied and told the dwarfs that Asgard has hosted a contest to prove which dwarf could make the best mane for the goddess. The rule was to make three amazing items to compete with other contestants. The dwarves believed Loki and apart from making the golden mane, they also made a magical boat called Skidbladnir. The ship can always be sailed in any weather and can be easily folded into one’s pocket.

Then, the dwarves also made a spear called Gungnir. This magical speak never missed its mark. Then, he went to another pair of dwarves called Brokkr and Sindri. He told them the same lies he told to the sons of Ivaldi and by that Loki ended up in his own trap by betting his own head if these dwarves couldn’t create as powerful things like the Ivaldi dwarves. The dwarves accepted this bet and began the work.

They made a golden bristled boar named Gullinbursti. This creature could run through water and air and is far better than a horse and always lights up in darkness. Loki transformed into a biting fly and bit Brokkr’s hand. The bite didn’t affect him and the boar made out of the forge perfectly. Then, Sindri produced a masterpiece from fire, a ring called Draupnir. This golden ring creates 8 copies of itself in every 9th night. Loki was becoming anxious that he was losing his bet and then he bit Brokkr on his eyelid. Brokkr wiped the blood off his eye. What resulted from the forge was a masterpiece, but lesser than what Sindri expected. Out of the forge came a great war hammer called Mjolnir which had the power of breaking mountains and always returned to the hand who owned it. But the shaft came out shorter because of the bite of the fly. With more efforts, they found out that they delivered greatly but fall short of their own expectations. 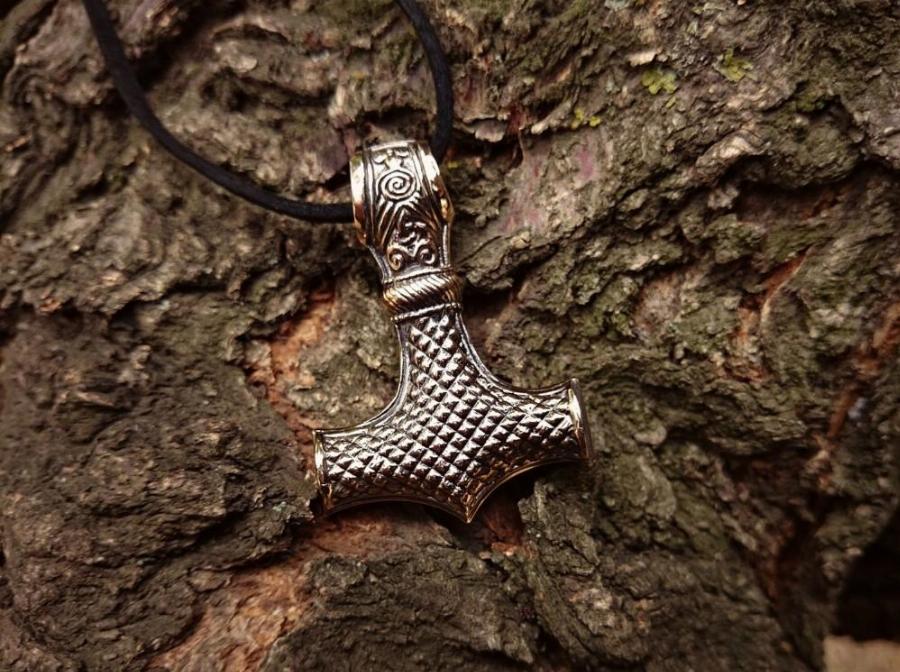 Loki returned to Asgard and gave the Sfi her golden mane, the boar and boat to Freyr Loki, to Odin was given the magical spear, and Thor the most powerful weapon, the Mjolnir. The handle was short, but he held it high. He roared as the thunder cracked across the sky. Nowadays, Thor’s hammer necklace is worn by people as jewelry.

VIEW ALL POSTS BY bailey Shane

Jewelry is one thing that everybody desires. And given that it’s something very costly causes it to be from achieve for most of us. However you can now get discount jewelry easily and straight at the door by using only the internet. However what sort of choices you may not have with regards to buying […]

The advantages of Creating your personal Jewelry for purchasers Nearly all women love putting on extravagant and different jewelry to convey theirselves inside a fashionable way. Jewelry is able to have a plain outfit and change it into chic apparel. Because of periodic changes, most stores have jewelry in the shops they feel are in […]